Unbricked Fig is an experiment in combining words with bricks.

In late 2018 I had a growing collection of LEGO® bricks and spare time, so I challenged myself to build a side project that would combine my passion for words and bricks. As a recovering over-achiever, I set the goal of publishing a new blog post every week during a 2-month period. The Unbricked Fig blog is the result of this challenge.

Is it perfect, is it as funny as it sounded in my head? Nah. But during this period, I’ve learned a lot about myself and using bricks for visuals. I read a bunch of books about the human condition as research, explored new building techniques, and generally had a jolly good time.

Eventually, I decided not to pursue this project further. I could make a bunch of excuses as to why—if anyone bothered to miss Unbricked Fig at all—but the simple answer is that other side projects came along. After all, all those new Netflix shows aren’t going to binge-watch themselves. That said, I still have way too many bricks sitting around, just waiting for the right words. Unbricked Fig might, at some point, be reborn from ABS plastic again. (Or, hopefully, some other, more sustainable material LEGO@ invents by then.)

The fig behind Unbricked Fig 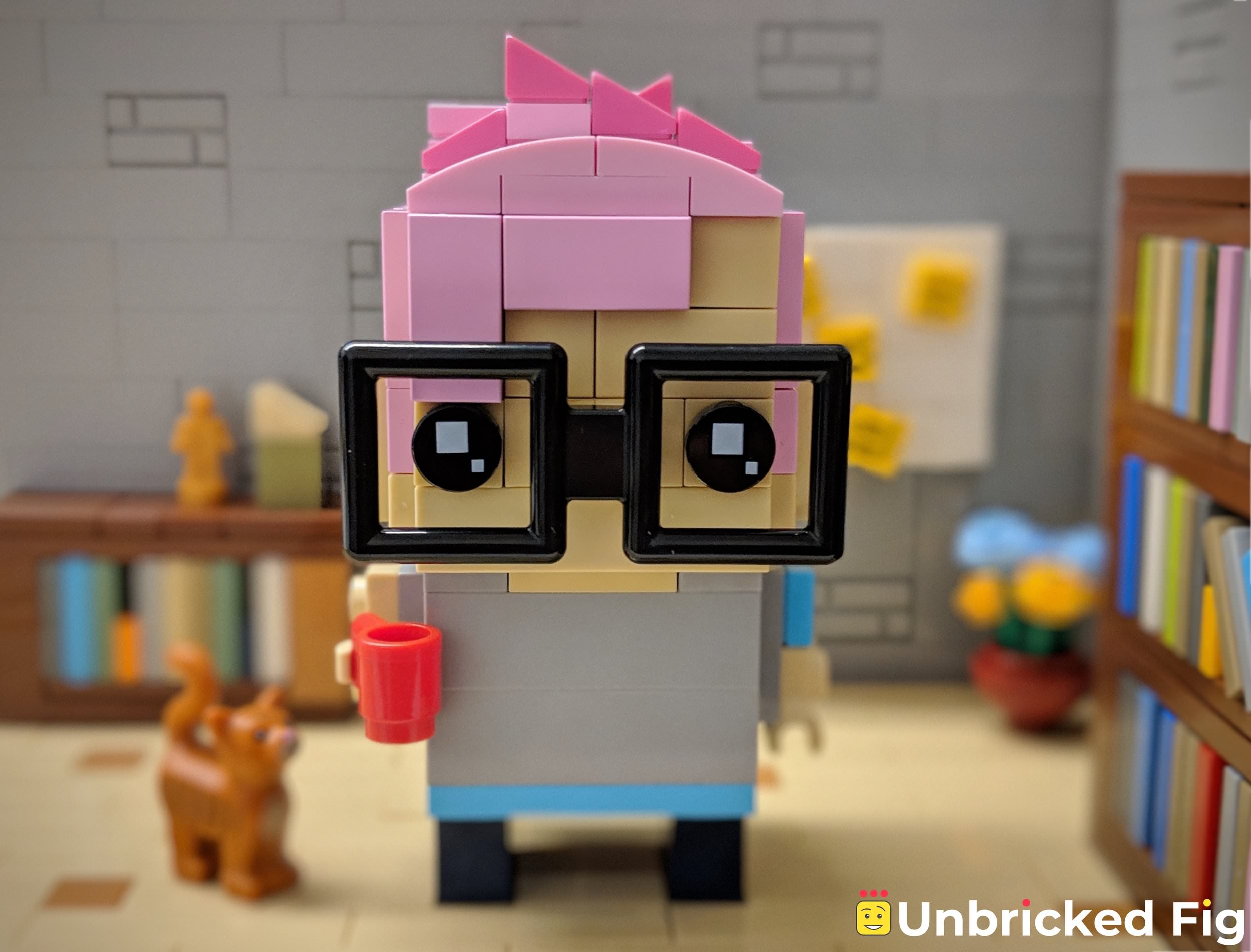 A burned-out IT professional, disillusioned by high-growth tech startups, trying not to lose faith in humanity completely. Backed up by two cats that promised not to eat any bricks and kept their promise most of the time, only occasionally knocking down builds with their tails.

Unbricked Fig is my attempt at making some sense of the human condition through bricks. If you want to find out more about my serious projects, visit my personal website, which is completely and utterly brickless and rather dull, if I’m being honest. You’ve been warned.

On this website, I use a lot of LEGO® bricks to support my words. You should know that LEGO® is a trademark of the LEGO Group of companies which does not sponsor, authorize, or endorse this project in any way whatsoever. In plain speak, I am just a humble AFOL (Adult Fan of LEGO®) who needs to justify all the brick purchases to her family.